I used to think that once I had said something to offend someone or spoken in a way that wasn’t connecting to that person, that there was no coming back from it; that it was the end of it to the point where it was almost like it was the end of the relationship. Or that what I had really wanted to say would go unspoken forever and there was absolutely nothing I could do about it.

Then, after learning NVC, I realised that this is simply not true. That it is absolutely possible to go back because while every single moment is a new moment, it also includes every past moment. And…this means that in this moment now, I can go back and repair the past.

This is such a huge concept and one that can be hard to connect to for many people because the commonly used communication practice of saying ‘sorry’ doesn’t actually change anything and certainly doesn’t give any chance to heal and repair the situation.

NVC however, is a clear, clean, direct and honest way of communicating which gives us the opportunity to go back and repair.

Imagine that you have called someone selfish and you are now mourning that comment because it wasn’t what you truly wished to say. In this scenario, you could say something like: 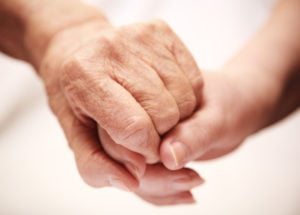 “When I remember saying, ‘You’re so selfish. You only care about yourself and here I am, working really hard, and you’re just nowhere to be found.’ I’m feeling sad about that because I would have liked to speak with more care. I also didn’t say what really mattered to me and I’m wondering whether I could have another go at saying it to you?”

If they say yes, then you could say what you really wished to say, and if they are still triggered, you could use empathy and just listen and be present to what it was like for them to hear that previous statement from you.

It’s not about making yourself wrong for speaking in that way, or them wrong by saying they ‘should be helping’. It’s simply about being mindful that you can take the opportunity to reopen the conversation and repair.

This was something I never had the skills or belief in before but since learning NVC, it has saved so many of the relationships I hold dear over the years. I am not perfect. I do still make mistakes in my connection with others but now that I have these tools, I never make the mistake of believing that a connection with another is irreparable.